Razorjaws are large, vicious fish that live primarily in freshwater environments. They aren't particularly social creatures, but a single razorjaw is far more dangerous than an entire group of muckrippers. They consider anything in the water to be their prey, including any unlucky creature that happens to fall in. - (Text from the press kit)

The Alligar, commonly referred to as the Razorjaw, is a savage waterborne beast. it is especially aggressive, and fast moving in its natural habitat. Not much is currently known about the creature, but many encourage avoiding the beasts at all cost. 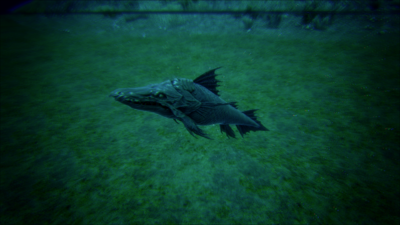