Panthers are also known as Deathstalkers.

Panthers are carnivores that can appear in almost any environment. They have quite a large aggro radius if they can see you. They typically have a dark colored fur with yellow or orange spotted markings. Its tail has a finned tip.

The panther can be tamed. While trying to knock out a panther do not try to outrun it in a straight line as it is much faster than a player. Either gain a height advantage to shoot hooked arrows into it and then run away again to break the tether or circle around the panther and knock it out that way. Once knocked out the panther eats rather slow and its torpidity drains moderately fast.

The panther is a carnivore and prefers the following: 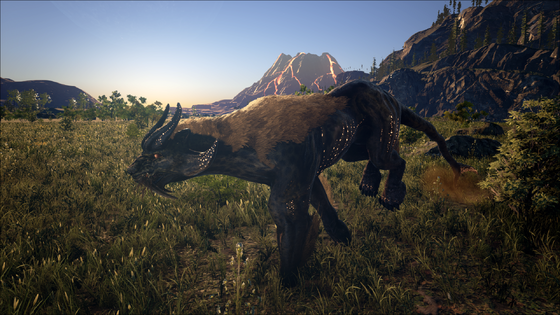